Update 2.2 - Focus on getting your data in and out

We've focused on making data easier to handle, both going in and out of dBSea

I the last update we focused on making it easier to scale and represent the bathymetry correctly. One consequence was that dBSea drew "NO-DATA" grey after correcting the projection of your bathymetry. If you'd rather not see this, go to Preferences/Graphics/Draw not surveyed area and untick the box.

In the Sources tab you'll see that we've changed a few names to avoid overlaps, but more importantly, you can now examine transmission losses at any depth and export them via your clipboard (see video below).

In most of the tables we've added the option of either importing from your clipboard or from a CSV file. For setting the motion of your moving sources you can now also import GPX files directly.
(You can also export motion in both GPX and CSV, and thus use dBSea as a converter as well)

Behind the scenes, the dBSeaModes solver has gotten an upgrade and I had some spare time to do some benchmark testing 😊
A common benchmark is the upsloping wedge, here as per Sturm 2008.
The AcTUP toolbox solvers for each type (parabolic equation & normal modes) were used for comparisons. (A more indepth version of the following is available on www.dBSea.co.uk/validation/). 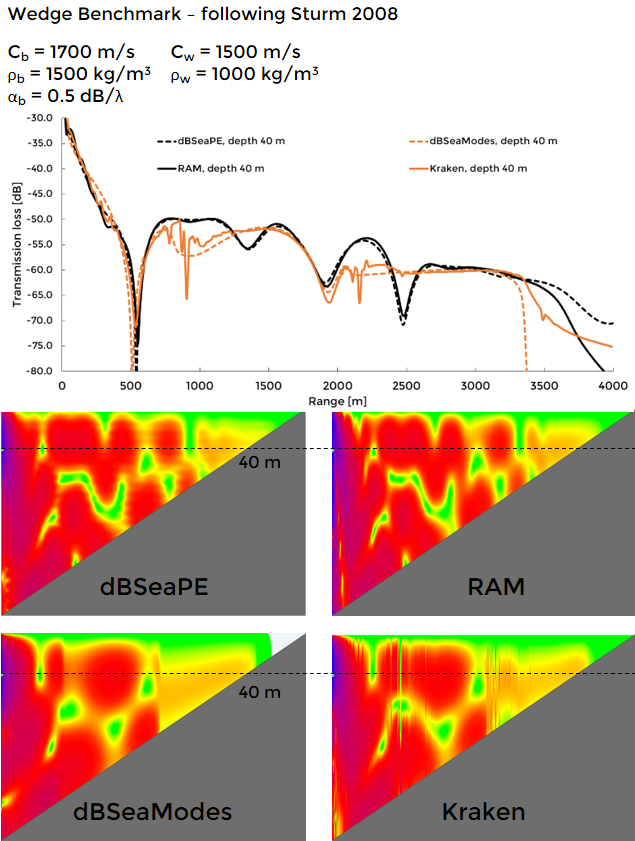 The irregularities in the Kraken model is due to a non-native implementation and can be largely ignored for the purpose of this comparison.

For a flat waveguide Kraken and dBSeaModes agree very well. I did not manage to get RAM running for this scenario yet, but hope to have that issue solved soon. 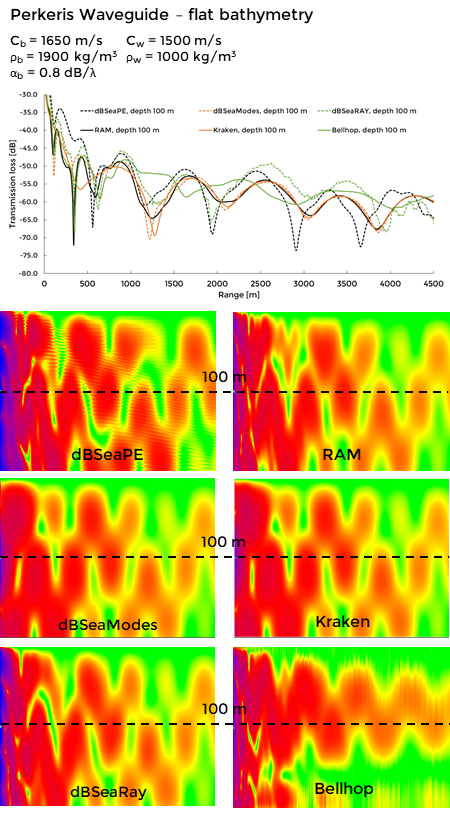